How the balance of power shifted in the city of Manchester


“It’s City, isn’t it?” said Sir Alex Ferguson. “They are a small club with a small mentality.”

Manchester United’s most successful manager of all time was speaking in July 2009, after the infamous Carlos Tevez ‘Welcome to Manchester’ advertising board had been erected in Manchester city centre.

Tevez had swapped Old Trafford for the Etihad that summer, just two months after his second successive Premier League title with United.

City are currently in the football betting to win the Premier League for the third time in four years.

But, at the time of the move, they had just finished 10th in their first season since the Abu Dhabi United Group, led by Sheikh Mansour, completed their dramatic takeover of the club.

But the Argentine was arriving at a club in the early stages of shaking up the establishment.

And where better to start ruffling feathers than at your cross-city rivals, who also happen to be one of the most successful clubs in world football.

The episode wasn’t forgotten by Ferguson, who couldn’t resist a dig back after Manchester United’s dramatic 4-3 derby win at Old Trafford the following September.

“Sometimes you have a noisy neighbour,” he said. “You cannot do anything about that, they will always be noisy. You just have to get on with your life, put your television on and turn it up a bit louder.”

But despite what he said in public, privately Ferguson realised that City – powered by their new owners – were a threat.

“What he recognised with Manchester City very early on was that there was potential to cause United bother,” says Simon Bajkowski, who has been reporting on Manchester City for the Manchester Evening News for the last seven years.

“Fergie was marking their card. Something serious was going on and United would need to pay attention.”

Richard Dunne made over 350 appearances for Manchester City between 2000 and 2009 and captained the club during their first season under the new ownership.

The change of direction took some getting used to after his previous eight seasons, which involved one relegation, one promotion and three bottom-half finishes in the Premier League.

“It just went from one end of the spectrum to the other,” says Dunne.

“The quality of players that came in for Manchester City made them improve and become a bigger and stronger side.

Indeed, the sight of Brazil international and two-time La Liga winner Robinho pulling on the sky blue made it feel like somebody had been cheating on Football Manager but in real life.

But while that deal wasn’t enough to make City an elite club overnight, the influx of players that came later – David Silva and Yaya Toure in 2010, Sergio Aguero a year later – did forever change the relationship of the Manchester derby. 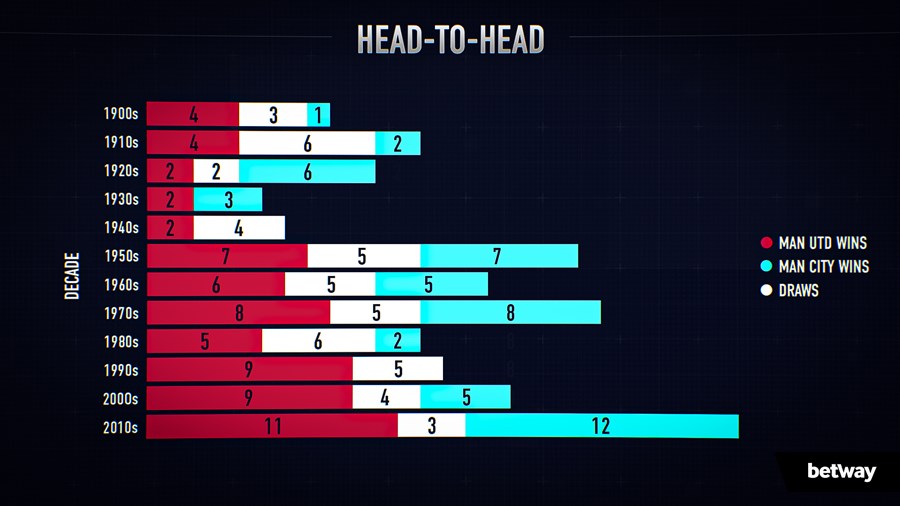 “When I was playing, it meant everything to City fans. For us, it was the biggest game of the year,” says Dunne.

“Manchester United were competing with Arsenal, Chelsea and Liverpool for the Premier League. Manchester City was just another game.

“But it then became a title decider almost. It was no longer a just a derby that meant a lot to City and not so much to United.

“Maybe as a City fan, you might have feared the derby in previous years thinking: ‘We might get hammered here’, to then relishing it.

“From it being just a big game for City to a title challenge in a couple of years was a huge difference in mindset for both sets of fans and both sets of players.

“It had that period where the game meant everything and not just in terms of local bragging rights.”

The best example of that was the climax of the 2011/12 season, which featured the most dramatic final day in Premier League history.

Everyone remembers Aguero’s injury-time winner against QPR to clinch the title on goal difference, but that was only possible after Vincent Kompany’s winner against United a couple of weeks before.

United reclaimed the title the following season – Ferguson’s last ever as a manager – but by then the balance of power had shifted.

City have won three league titles since then, including back-to-back successes under Pep Guardiola in 2018 and 2019, while United have only finished in the top four three times.

The situation United find themselves in now would have been unthinkable when Tevez joined City more than a decade ago, and it could take just as long to reverse.

“Yes, they are the better side at the moment and have been more dominant in terms of trophies over the last 10 years.

“But this needs to be a project about getting United back to winning titles. That’s not just about City, it’s about all the teams in the league. It’s not going to be an overnight fix.”