How to profit from our industry-leading offer


Opt in to Betway’s industry-leading Free Bet Club and receive £10 in free bets every week if you stake £25 or more on any sports multiples.

Throughout this season, the Betway Insider writers will take it in turns to place their own £25 multiple and two £5 free bets to try and earn as much profit as possible. We will keep track of our balance as we go. Last season we produced a profit of £484.80.

This week, Jack Green is in the hotseat with his football tips. 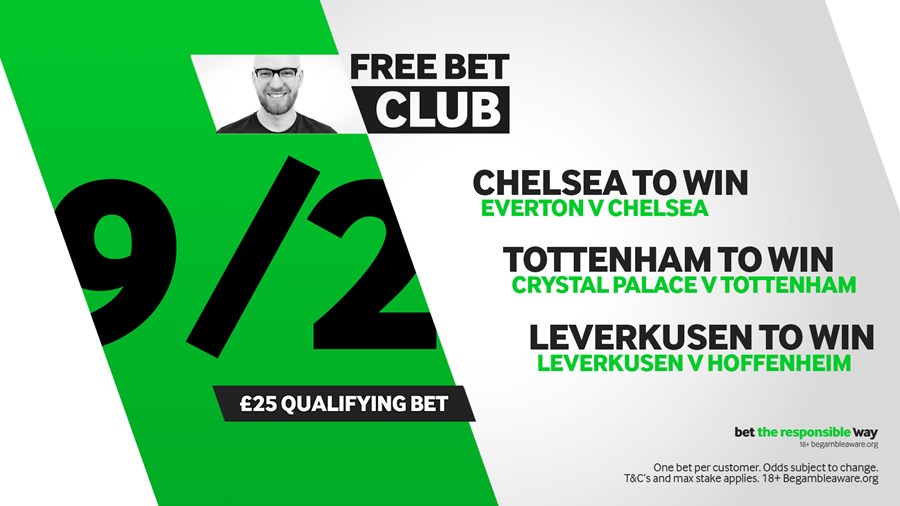 I’m starting with a win/draw/win treble across the weekend’s football.

Chelsea are in great form, with four wins and a draw from their last five Premier League games, and they should beat an Everton side that have dropped off after a great start to the season.

The Toffees have lost four of their last six and drew 1-1 with Burnley last weekend.

Tottenham are also flying in the Premier League, having beaten Arsenal 2-0 last Sunday.

They look a good bet away at Palace, who won 5-1 against West Brom last weekend but had lost two of their previous three.

Finally, I’m backing Leverkusen to win at home to Hoffenheim on Sunday.

The hosts have won six of their last seven and are unbeaten in the Bundesliga this season. 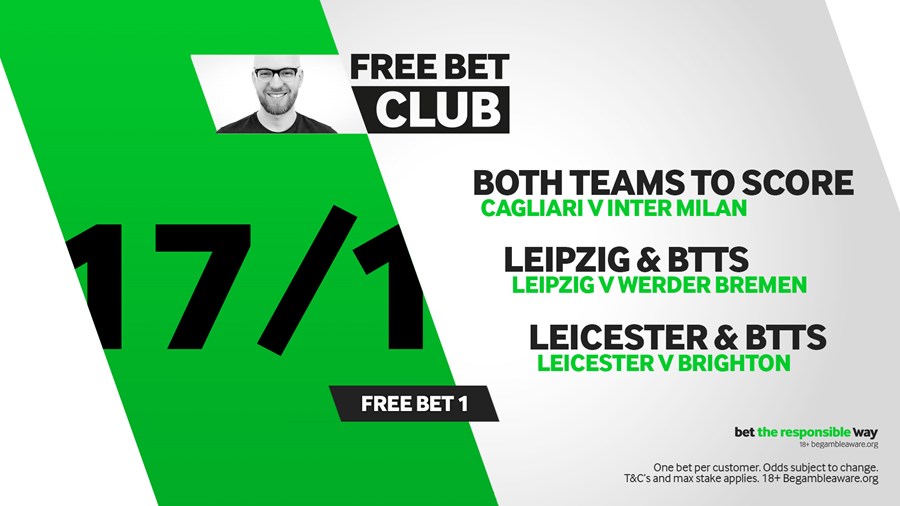 I’m kicking off my first £5 free bet by backing both teams to score when Cagliari host Inter on Sunday.

BTTS has landed in eight of Inter’s 10 Serie A matches this season and in seven of Cagliari’s.

Following that theme, I fancy more goals when Leipzig host Werder Bremen, who boast a 90 per cent BTTS record in the Bundesliga this season.

Leipzig have won all eight of their home matches this term, scoring at least twice in each one, so a home win in a high-scoring game looks a safe bet.

I’m sticking with the same market for my final selection when Leicester take on Brighton at the King Power on Sunday.

The Foxes haven’t been in great form but should see off Brighton, who have won just one of their last 10 matches in all competitions and have an 82 per cent BTTS record in the league.