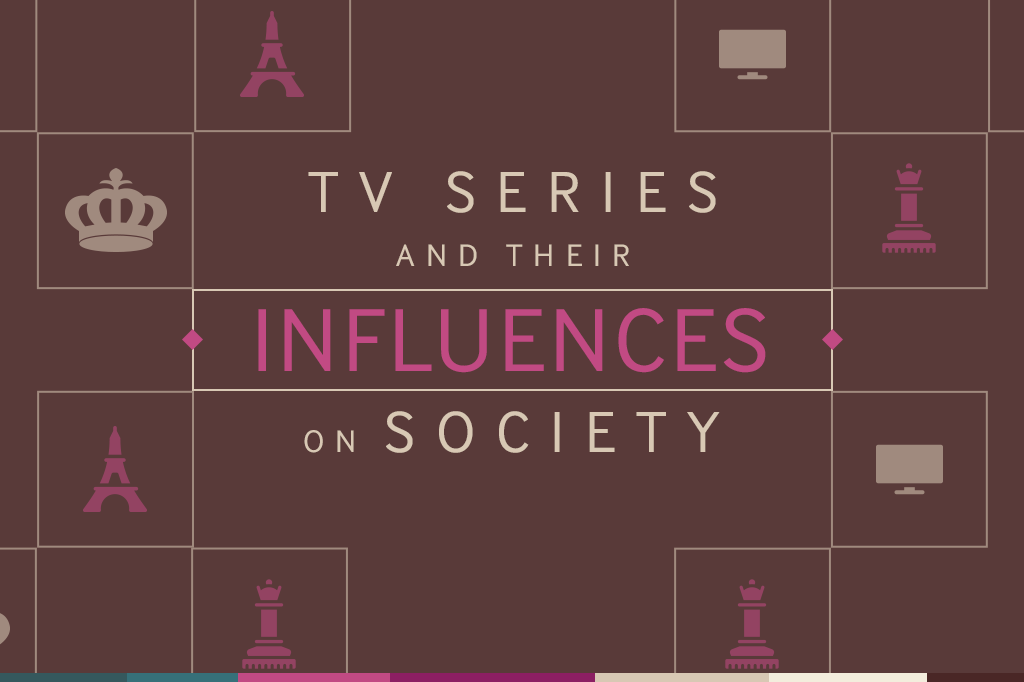 
2020 was a game-changer in many ways. It shifted how we work, how we relate to each other and also how we entertain ourselves.

According to Conviva, a real-time intelligence platform for optimized streaming media, the time spent using streaming services, for instance, has increased by 63% compared to 2019. There’s no denying it: we’re spending (a lot) more time in front of screens.

But what impact does this major consumption of movies and TV series have on us, as individuals and as a society? And how could they be interfering with our behavior? That’s what our online casino team wants to find out.

Some say that movies and TV shows impact the way we dress, what we eat and how we speak. Others say that they induce our desires, whether that be what to buy, where to travel or what type of music we listen to. And there are those who claim that even our opinions, and how they change, may be linked to what we’re watching at a certain point of our lives.

At first, it seems a little too much, right? However, according to the Clinical Psychologist and PsyD from Sao Paulo’s State University (Unesp), Dr. Deborah Perez, TV series and films don’t just impact us, they help shape our personality as a whole.

“Human beings become who they are by interacting with the world,” Perez says. “Doing things, producing things, consuming things, relating to other people. In this sense, there is a direct influence of media products on our subjectivity.”

And this is why, after watching a hit series, we may begin to mimic some characteristics or behaviors of the main characters.

“Imitation occurs naturally, because the human being is a gregarious species,” Perez says. “That means that we are naturally sociable and we need other people to look at us, to identify what is and isn’t similar in them. TV shows and films work as an anchor for self-knowledge.”

But, in day-to-day life, is this really the case? Are we able to transpose the theory and observe factual changes that incorporate fiction in reality?

In order to answer these questions, we’ve selected three recent, highly successful Netflix series and analyzed their influences on different aspects of our behavior.

From playing chess to wearing a bucket hat, what are we doing differently today?

The Queen’s Gambit features Anya Taylor-Joy as Beth Harmon, a 1950’s rebel girl and chess prodigy fighting her way to win the Russian-dominated World Chess Championship. It seems like a simple premise – and it is – but the great achievement of the series was to deconstruct the idea that chess is an intellectual, complex and serious sport, and turn it into something undoubtedly glamourous and pop.

In 28 days, the miniseries became the most watched TV show in the history of Netflix, being streamed in 62 million homes around the world. And it doesn’t stop there.

Some people say that the success of Emily in Paris is only due to its light-hearted, escapist episodes, but, in fact, there’s a lot more to it than that. The clothes, the cinematography, the classic sights of Paris and the well-known recipe for romantic comedy – there was no way it could go wrong. And it didn’t.

The series, which tells the story of Emily, starred by Lily Collins, a young marketing executive who gets her dream job in Paris, was the world’s most binge-watched show in the week of its release. In addition, it directly influenced fashion, tourism and the interest around very particular items:

Yes, Princess Diana and Kate Middleton are pop symbols, we all know that. But who would’ve said that the whole Royal Family could be as well? The Crown, the historical and biographical series about the British royalty, through its four seasons on Netflix, achieved this feat.

And that’s just a small part of The Crown’s influence on society. The series affected not only the way we dress, but also the way the British see the Royal Family today.

With the increase in streaming consumption evident, it’s natural for the industry to try and create more products that have a higher chance of being favored by the public. In other words, products that impact, influence and guide society as a whole, not just the individual itself.

According to Flávia Mendonça, a master’s student in Sociology from University of Brasilia and a specialist in Sociology of Culture, there is a clear logic and formula for succeeding in that sense.

“There is always a lot of data analysis, studies and market research in the industry,” says Mendonça.

“Digital streaming platforms, for example, are able to easily profile subscribers and, with that, develop products based on what is most successful among them.”

So, why innovate if what makes a show successful is proven?

Well, that’s the reason why there are so many series with similar narratives, told in similar ways. Nothing is by chance and we will progressively be (even) more affected by productions like those analyzed above.

But such consequences are not limited to a few TV shows. On the contrary, the habit of watching audiovisual content (such as films, reality shows, soap operas) on demand has grown increasingly. So, following the same logic, these productions impact society and make us incorporate their elements in a very similar way.

One way to measure their influence is by Google searches. After all, there is a direct relation between curiosity about something and how that interest translates into an associated online search.

In the infographic below, we compared the increase of interest in certain keywords after some famous TV shows and movies were released.

At least one thing is certain in this fast-paced, changing and highly creative world that we are living in: trends can arise or reinvent themselves at any time.

And, to a greater or lesser extent, we will continue to be transformed by them. This is what good stories do to us, after all – and this is what really matters.